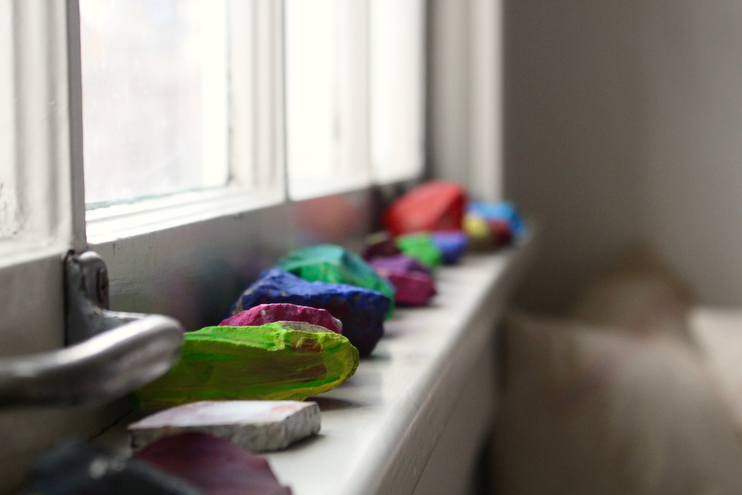 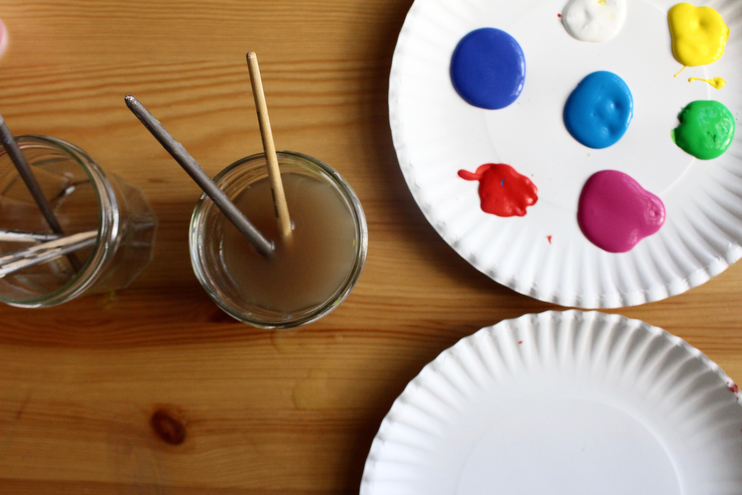 A simple title for a simple activity, but however simple, this craft brought the kids so much joy. I think it’s quite special when we’re able to make art using treasures gathered from nature. It adds whimsy and connects us to the earth in such a tangible way that we all just crave now and again, especially after the winter months of being cooped up for weeks on end.

The kids and I have been going for walks in the late afternoon during that dreadful witching hour before Andrew comes home from work. Moms, I am sure you know this well. It’s the one where we’re all pretty spent but giddy and ready to just do something other than be home…so we walk. These walks, they’re my saving grace some days and great way to get out of the house and clear our heads before winding down for supper and bedtime. Theodore and Alfie look on from their stroller and Stella and I chat. There is a trail nearby that we like strolling along, but meandering around our neighborhood and venturing down new streets and sidewalks is also just as nice when we want to stay close. Stella has been picking up rocks on our walks and a few days ago she gathered enough to paint. I made maid-rites that evening and she cozied up in our kitchen with me to color her treasures. Every now and again while I chopped onions I would look over and see her tongue curling up on her upper lip, her brow furrowed, deep in concentration. She loves painting and does so with care and precision.

After all of the rocks were painted we laid them on paper plates to dry in the sunshine. The next day we took them outside and made a chalk game with them. I drew circles on the pavers and put numbers in them, 1-5. We took turns tossing the rocks in the circles, the first one to twenty wins! It was a fun little game that helped her with counting and simple finger math. Theodore enjoyed fetching our scattered painted gems after each turn was over. Alfie looked on like a plump little peach in his knit sweater, happy to be outdoors in the fresh air with us and the birds.

show hide 11 comments
Link to this Post
email a friend